Your best defense against cancer is to have the right knowledge along with routine screening. While cancer has created a social stigma, many people aren’t still aware of the real nature of cancer. Fortunately, the perception of cancer has remarkedly changed through the years with the help of modern technology. Also, continuous healthcare education through online channels and improvement of the healthcare delivery system help transform people’s lives, increasing their chances of cancer survival.

In this article, you’ll learn the common misconceptions about cancer to increase your awareness and understanding of cancer risk assessment, early detection, diagnosis, and treatment.

1. Only Tissue Biopsy Can Detect Cancer

Biopsy or obtaining a tissue sample of the suspected body organ or tumor is a confirmatory test of ruling out cancer. The sample tissue is sent to the laboratory for microscopic examination. This diagnostic procedure has been a gold standard in cancer detection. But with the advancement of technology, scan studies have been created, helping in the early detection of cancer.

The following some of the ways to detect cancer:

Ezra is a website online that offers a full-body MRI scan which can only take an hour, screening cancer up to 13 organs. You can visit their website to learn more about their services.

2. A Tumor Is Cancer

Abnormal cells grow and become tumors, which is often felt as a lump or detected on an x-ray. A tumor can be classified as malignant (cancerous) and benign (non-cancerous). A malignant tumor grows into surrounding tissues. Cancer cells metastasize or spread to other organs of the body. On the other hand, a benign tumor doesn’t have the ability to metastasize.

There’s a common misconception that chemotherapy hurts. Generalized pain, headaches, chronic muscle pain, and other body pains are common after chemotherapy. Tension and stress can also cause these effects after a cancer diagnosis. Also, nerve damage because of chemotherapy may cause pain.

4. Breast Cancer Only Occurs in Women

Breast cancers usually in the breast ducts or part of the breast that carries milk to the nipples, known as ductal cancer. In some cases, breast cancer begins in the glands that produce breast milk, called lobular cancers. A small number of breast cancer cases begin in other breast tissues called lymphomas and sarcomas.

While breast cancer is a common health issue in women worldwide, men can also develop breast cancer. Until puberty (about 9 or 10 years old), boys and girls have breast tissue with a few ducts under the nipple and the area around the nipple(areola).

5. There’s No Such Thing as Cancer Vaccine

With the new era of MRNA vaccines, cancer vaccines have been developed. BioNTech developed a personalized cancer vaccine. The vaccine was developed using a patient’s cancer tissue samples in which genetic markers were identified, and mRNA was used to stimulate the immune response. Generally, mRNA trains the immune system to eradicate specific cancer in the body.

Here are the good-to-know facts about cancer vaccines:

Cancer is the USA’s second-leading cause of death behind heart disease, based on the Centers for Disease Control and Prevention. While many studies, treatments, and diagnostic procedures have been developed to detect and treat cancer, there’s still no true cure for this medical condition.

Even after complete remission, cancer cells can stay in the body, which usually happens within the first five years. While some doctors say ‘cancer has been cured, they usually refer to cancer that doesn’t recur or come back within five years.

Many people are worried that biopsy can disrupt the cancer cells and spread in surrounding tissues and distant body organs. However, there’s no evidence that biopsy can spread cancer cells. Testing or removing a tumor during a biopsy won’t make the tumor grow.

You don’t have to miss out on eating sugary foods when you’ve been diagnosed with cancer. Consuming a piece of cake won’t exacerbate cancer. Also, there’s no evidence that when you stop eating sugar will shrink malignant tumors.

You’ve just learned the most common misconceptions about cancer. Not all tumors are cancerous, only if they spread and affect other body organs. Men also have breast tissue, predisposing them to breast cancer, in which cancer cells can spread to other body areas.

So this was it for today, I hope you have enjoyed reading Common Misconceptions About Cancer Helpful. Let me know your thoughts in the comments below.

Have a Good Day! 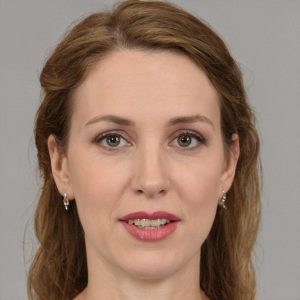 Chelsea Brown is a medical technologist with years of experience assisting patients for Ezra full body scan. She imparts diagnostic education through her blog articles. Chelsea is also a holistic approach advocate. She loves swimming, playing badminton, and collecting smartwatches.

A Woman’s Guide For Choosing Scrubs That Fit