Why you must not confuse Microblading with Tattooing

Spread the love :)
DISCLAIMER: Guest Post. All Opinions are of Guest Contributor.

Eyebrow tattooing is the in-thing today which even some years ago became a laughing stock for internet memes. If you have heard about microblading a term very popular in the beauty industry, then you are already familiar with tattooed eyebrows because it is the same.

The semi-permanent makeup is the secret to faking fuller eyebrows by creating an illusion and provides a hassle-free solution to look natural.

Most people might wonder what is so special in microblading that a simple eyebrow pencil cannot do. Yes, it is very much possible to create thick and bushy eyebrows by using a pencil but then you must do it day-in and day-out and must have time for it.

But today, everybody is hard pressed for time, and this is where the semi-permanent makeup technique outscores the humble eyebrow pencil. While the pencil makes up might fade out as the day progresses there is no such fear when you go for eyebrow tattooing.

Just think about any shape and density of eyebrow that you adore and it is possible to create it within an hour by using the technique of microblading that matches the color of eyebrows with the hair color to make it look completely natural.

You must have noticed that right from the beginning of this article the word tattoo appeared several times because of its close resemblance to the technique of microblading which is nothing but shallow tattooing.

Also Read,
The tattoo tool used for microblading is special because it is fitted with several microneedles in various combinations and there can be between 7 and 16 or more needles, depending on what the brow artist wants to achieve. The brow artist uses the tool like a pen to mimic brow hairs with very thin strokes of the hand. Microblade eyebrows are truly artistic creations that produce the best shape for any face.

How is microblading different from tattooing?

Despite the similarity in creating imprints on the skin by using medical grade pigments, microblading is different from tattooing because it does not penetrate deep into the skin.

Unlike a tattoo, Microblading is not permanent, and the hair strokes are far finer and more natural than any tattoo.

While the tattooing tool runs on electricity, the technique of microblading uses the tool like a pen for creating eyebrows of the desired looks.

The tattoo gun creates a buzzing sound when in use as it pierces the skin deeply, whereas you hear a mild scratching sound when the eyebrow artist uses the microblading tool.

Therefore, if someone insists for tattooing eyebrows, be very sure that although mentioning about tattooing they mean microblading which are quite different in its application.

The procedure of microblading lasts between 12 and 18 months, and the longevity of the pigment depends on the type of skin, whether it is oily or normal.

So, this was it for today. I hope you have found this post helpful.

Spread the love :)
Beautyeyebrow tattooeyebrows
Prev post 5 Bracelets Most Used By Men
Next post The Worst Advice We have Heard For Hyperpigmentation

One thought on “Why you must not confuse Microblading with Tattooing” 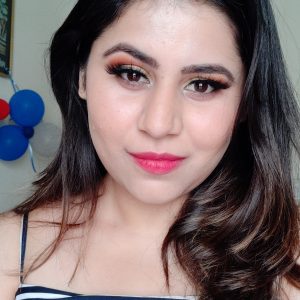 Back to top
Copy link
CopyCopied
Powered by Social Snap