Why Is Jojoba Oil Good for Your Skin?

DISCLAIMER: Guest Post. All Opinions are of Guest Contributor.

Jojoba oil is the liquid extracted from the seed of Simmondsia Chinensis (jojoba plant).

Unlike the name suggests, it is actually a liquid plant wax that has been used in folk medicine for a number of different skin treatments and ailments.
Today, it is commonly used to treat sunburn, chapped skin, acne, psoriasis, and even hair loss. Even though it is widely known as a carrier for essential oil uses, such as making skincare and hair care products, jojoba oil is actually quite an effective skin moisturizer and healer on its own.

In this article, we will get to know –

Let us get into the details…

What is Jojoba Oil?

Unlike most other vegetable oils, jojoba oil’s chemical structure is completely unique and it closely resembles sebum, a waxy substance naturally produced by our skin glands. This trait makes jojoba oil especially useful for protecting the skin and hair, providing moisture control and soothing the skin, particularly when used in the form of a highly beneficial jojoba moisturizer.

Since it has a very low melting point, jojoba oil is liquid at room temperature, and it does not break down or become rancid, which makes it perfect for cosmetic products and applications.

Jojoba oil contains numerous valuable ingredients, including vitamin E, vitamin B complex, iodine and a combination of beneficial fatty acids, to name a few, all of which give jojoba oil its incredible power to heal and restore.

A plant native to Southwestern North America, jojoba was highly valued by the Native Americans of the Sonoran Desert as a skin restorer and a potent balm for all types of skin conditions and ailments.

During the 1970s, when whaling was prohibited and sperm whale oil was no longer available on the market, jojoba oil became very important to the beauty industry, as it was widely used in cosmetic products throughout the United States.
By 2000, experts expected global jojoba production to increase as much as 15 percent during the following 5 years, and with the importance of skincare and the popularity of DIY recipes nowadays, jojoba oil still continues to gain its much-deserved recognition.

Apart from skincare, jojoba oil can also be used as a natural and completely safe pesticide that forms a physical barrier on the surface of the crops, keeping them safe from insects and pests. This is a great substitute for many common pesticides because it’s organic, non-toxic and won’t present a threat to other organisms in the environment.

Uses and Benefits of Jojoba Oil

A great benefit of jojoba oil is that it plays the role of sebum and moisturizes our skin when our body fails to do it naturally.

Jojoba oil is an emollient, which means that it hydrates our skin and helps prevent irritations and dry or rough patches. It forms an oily layer on the top of the skin that traps the moisture and helps the skin absorb it more easily while keeping the oil levels balanced and preventing the buildup of excess oil.
Also Read,

Jojoba oil is non-comedogenic, meaning it doesn’t clog pores, but rather acts as a cleanser and protectant, fighting off harmful bacteria that lead to acne and breakouts.

The antioxidants present in jojoba oil help reduce the appearance of wrinkles and fine lines, naturally slowing down the signs of aging, while the beneficial vitamin complex helps restore damaged cells, improves skin moisture and elasticity, and aids in the treatment of scars, wounds and lesions, as well as eczema and psoriasis, helping the skin maintain its glowing and youthful complexion.
Often used as additional sun protection, along with sunscreen, jojoba oil also helps protect against skin cancer when you are exposed to harmful sun rays for long periods of time.

Another great thing about jojoba oil is that it’s perfectly safe and effective to use as a makeup remover, presenting a natural alternative to harmful chemicals and ingredients. As jojoba is a natural tool that removes the dirt, makeup, and bacteria from your face, it is hypoallergenic and even safe for removing makeup from the area around the eyes.

Apart from numerous skin uses, jojoba oil can also be applied to the hair to fight dryness and frizziness, massaged into the scalp to moisturize it and get rid of dandruff and treat scalp psoriasis, or even used to control hair loss by helping the follicles grow new and healthy hair.

If you want to improve your skin and hair health, as well as your overall health, incredible jojoba oil makes for the perfect addition to your everyday routine.

So, this was it for today. I hope you have found this post helpful. Have a Good Day! 😇

Spread the love :)
anti-agingBeautybenefitscarrier oildry skinfacts
Prev post 3 Remedies to Cure All Digestive Problems at Home
Next post Healing Your Skin from the Inside: Guide to Healthy and Glowing Skin

How to Take Care of Your Hair in the Summer? 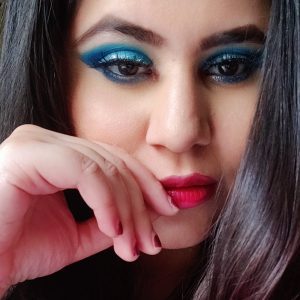